Our little farm has seen big changes in the last few years, but this is only the latest chapter in the story.

We have kept this land for three generations. At first it was mostly a poultry farm, until restrictions during the Second World War meant that feed for the chickens was too hard to come by. Then the existing plum and damson trees were joined by orchards of apples and pears, as well as a field of runner beans. Alongside a historic Kent cobnut plantation, these were productive for many, many years.

The storm of 1987 destroyed most of the original 40-year-old trees. They were replaced with modern rootstocks and the orchards managed on a small-scale commercial basis. But almost 30 years later it was no longer practical to run these orchards in the way that they needed. Although we were sorry to see them go, the apples trees were cleared and the land given over the creation of species-rich meadows.

We chose a mix of seed which would provide resilience to a wide range of weather conditions and produce the very best winter forage for livestock, while supporting invertebrate life and the whole wildlife food chain.

The fields are surrounded by hedgerows and by shaws (narrow woods, some hundreds of years old) with many fine mature trees. The farm lies entirely within the Kent Downs Area of Outstanding Natural Beauty.

We feel incredibly lucky to be farming the land on which we played as children, and we know that it is possible to farm alongside and in harmony with nature. Our aim continues to be to nurture a productive environment where wildlife can also flourish. 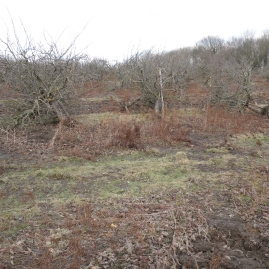 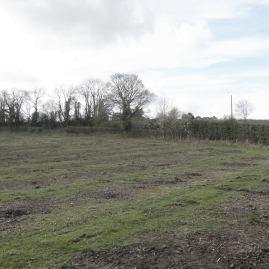 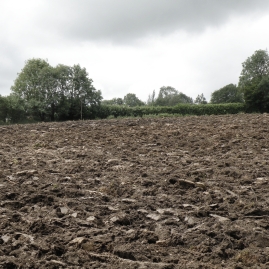 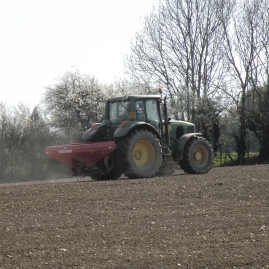